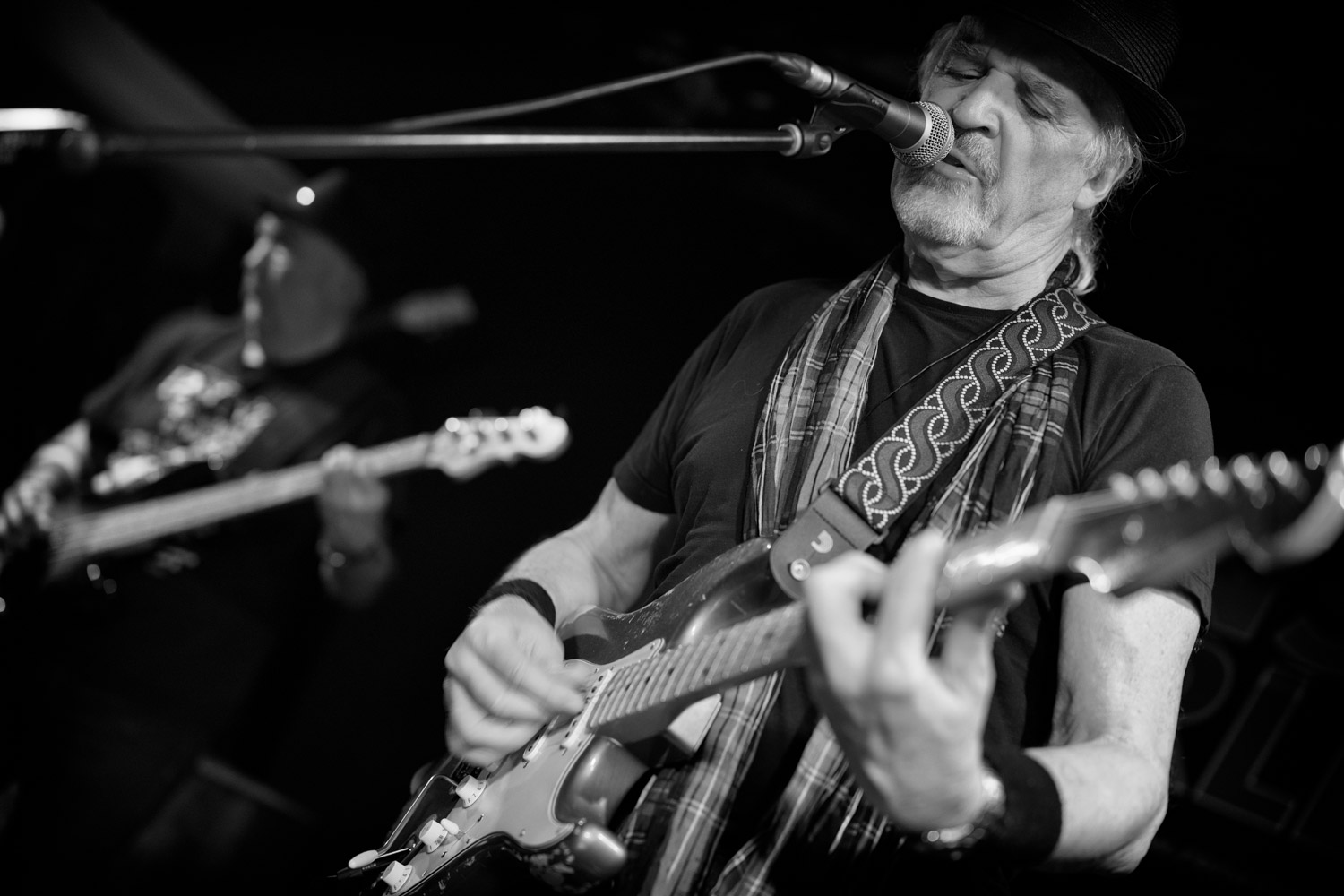 Last Saturday was a small premiere: Ron Evans & Rodney Harley performed live at the Village in Habach. As a duo, the two had a performance in Austria last year. Well, it was a home match at the Village, but not in the usual band instrumentation, but only guitar and bass, supported by “Hasi” on the drums 😉
One could be curious!

Whereby of course Hasi just sat down as a drumstick holder – because the right drum grooves came from “Beat Buddy”.Ron had prepared the set accordingly for the support by Beat Buddy. But of course Hasi was well received on Easter Saturday!

Ron and Rodney set off at a proper pace. In contrast to the Ron Evans Group, of course, Ron is particularly challenged here – guitar and vocals take on the permanent solo part, so to speak, while Rodney and Beat Buddy ensure the steady groove. You can recognise in the photos how much fun Ron & amp; Rodney had. Ron has been playing the guitars wirelessly with a transmitter for some time now – so it was always possible for him to step down from stage to the audience.

As far as the pedals are concerned, the picture here was completely different than the day before with Kim Simmonds. While the latter prefers a very economical equipment, Ron had two pedalboards in use. Yes, a replacement of the drummer and the various looper tricks require a lot of extra effort here.

Rodney had not brought his own amplifier for the first time in decades, as Didi had offered him the Village amp. But that broke down after about 45 minutes. Hannes was able to help out with his amplifier. He also helped with some pieces with congas and percussion. During some songs the duo with Hannes sounded like the early Santana band.

Otherwise, Ron had some modified arrangements of his own pieces prepared, as well as arranged covers of well-known blues and rock tracks in his own style.

The launch on this evening can be described as a success – the audience and the artists obviously enjoyed it. The duo formation with the alternative drums is especially interesting for smaller clubs with limited space. But the sound and the atmosphere were anything but small. We are looking forward to the next dates.

Here are some pictures of the evening. 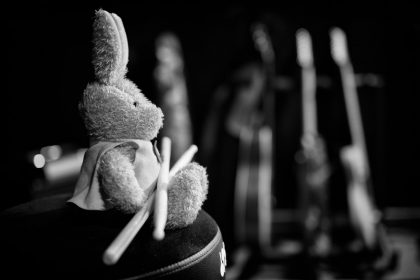 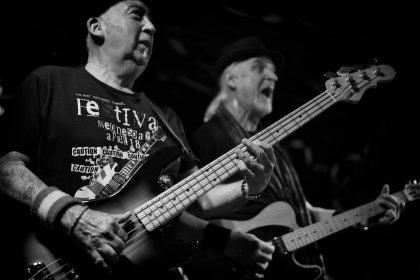 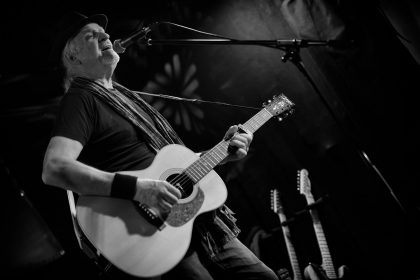 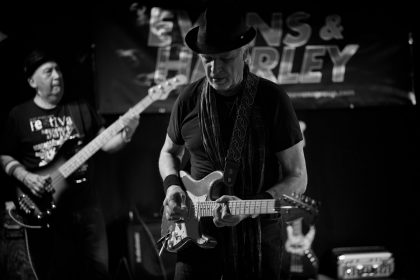 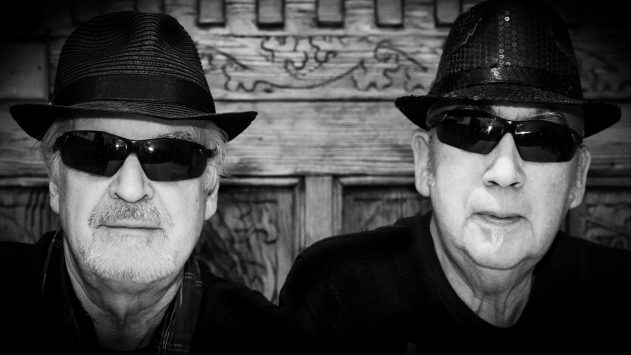